The Most Amazing Wildlife Experience I’ve Ever Had 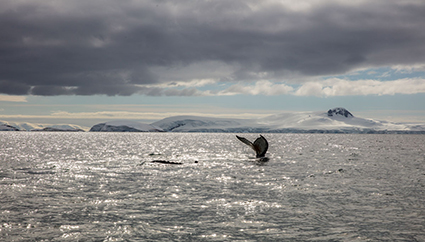 On our DPD (Digital Photo Destinations) 2018 Fly Antarctica Cruise The Polar Circle voyage, we’d spotted many humpback whales, from a distance. But late in the trip, we came face to face with them. Having seen, far in the distance, a whale breach high in the air, we moved our zodiacs closer to explore them further and found three whales relaxing and playing together.  We watched curiously as they spouted water into the air, made low rumbling noise as they exhaled, flapped their fins, rushed each other, and spun pirouettes to avoid collision at the last moment. Often, they would dive, leaving whirlpools behind them, as they disappeared from our sight. We’d continue searching for them with anticipation. We’d glimpse the flash of a white fin under water and then lose sight of them until a dorsal fin or two or three, and sometimes a tail, broke the surface once again Surprised to see where they would surface next, we were never disappointed, as they continued to return again and again.

Gradually the whales grew more curious about us and turned their attentions to us, coating us in spray (the slightly oily whale breathe smelling like old krill), waving their fins in the air, poking their noses above the surface and sometimes their eyes.  At one point, two whales, side-by-side, having just created a wet cloud that drifted onto us, lowered their noses just below the surface of the water and blew enormous bubbles. It was clear they were playing with us now.  They began rushing us, drawing closer and closer to the surface of the water, and finally one twirled its massive body, lifting its fin out of the water, inches away from our boat. It’s wake rocked us, but it didn’t touch us. I was so focussed on making photographs to bring home to my family that I failed to realized that if I had just extended my arm, I would have been able to touch the whale and he or she could have touched me.

In the end, it was us who left them, as we were called to return to the ship, which none of us wanted to do. It was one of the finest wildlife experiences of my life. 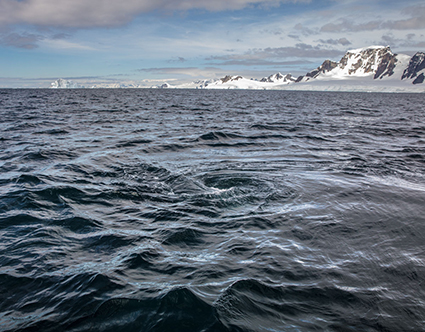 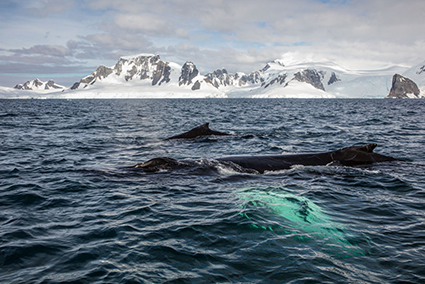 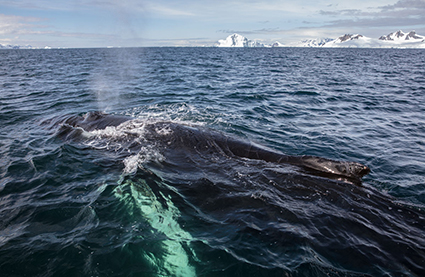 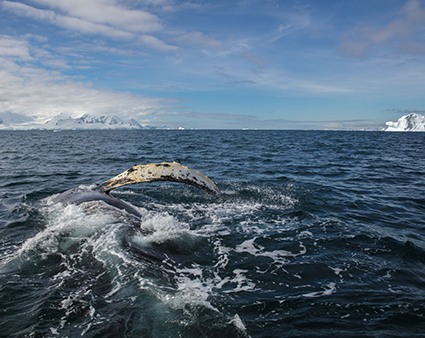 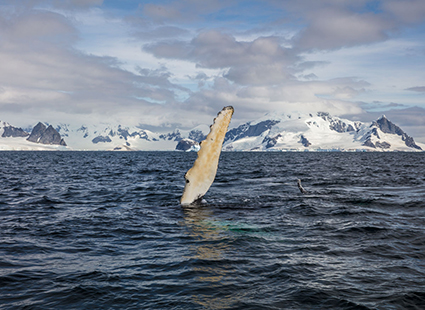 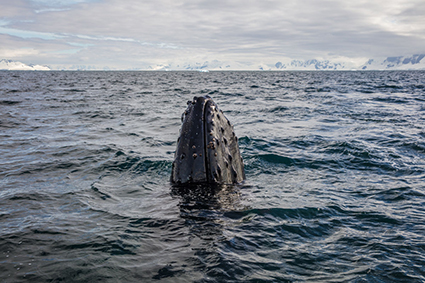 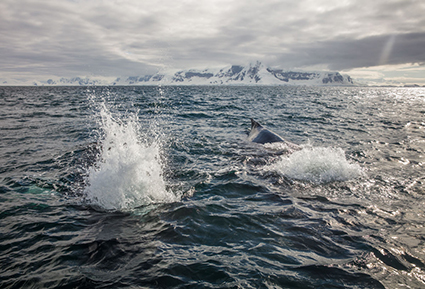 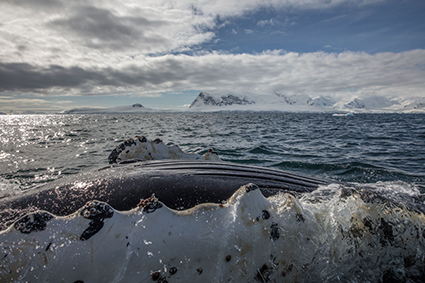 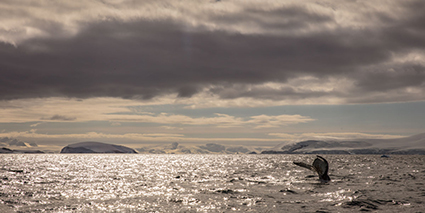