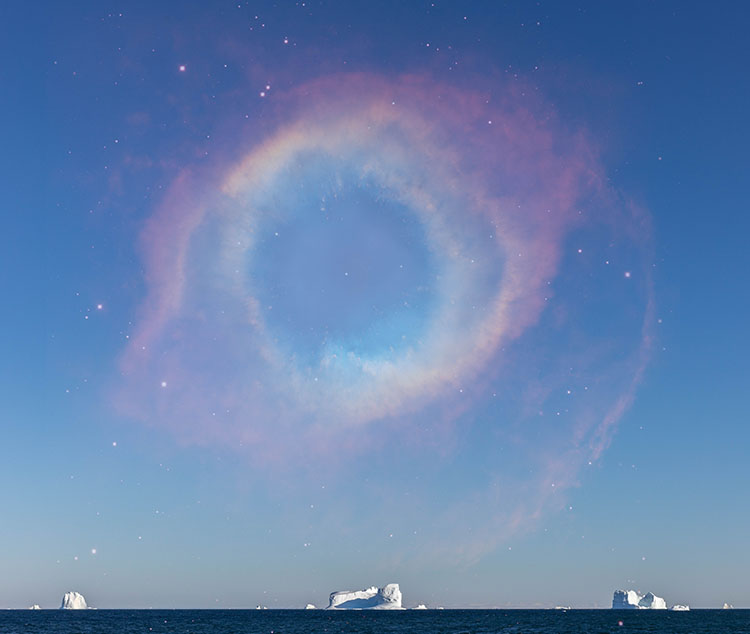 John Paul Caponigro is an internationally collected visual artist and published writer who leads unique adventures in the wildest places on earth to help those who travel with him to mindfully and creatively make deeper connections with nature and themselves. Kindling maximum curiosity he inspires people to imagine and dream about what’s wild in them and to make those dreams come true by collaborating with nature, using images, words, objects, and their bodies. The most important realization we can make is that so many things that we thought were only dreams are already realities and all we have to do to find them is to look and listen carefully to the world and ourselves together. As we share our journeys, we grow the love we have for the earth and ourselves and are revitalized. Get a taste of what he does in his Google and TEDx talks.

What’s the best thing about photography?
It records so much detail so fast.

What’s the worst thing about photography?
It records so much detail so fast.

What’s the thing that interests you most about photography?
Different people can photograph the same things with the same tools and create such different images.

What’s the thing that interests you most about your own photographs?
They offer an opportunity for communion with and expansion in to something greater than myself.

What’s the thing that interests you most about other people’s photographs?
The way they see the world. I love the similarities. I love the differences.

What’s the most inspiring work of art you saw recently?
Eric Whitacre’s Virtual Choir. Inspired crowd-sourcing. (You can listen to it and see it on YouTube and TED.)

What’s the best thing about gear?
It provides pathways for exploration.

What’s the worst thing about gear?
Attention is often focused on it, instead of …

How do you know when an image doesn’t work?
You have no reaction.

How do you know when an image is good?
You have a strong reaction.

How do you know when an image is great?
You have such a strong reaction that your understanding of yourself and the world changes.

What’s the most useful photographic mantra?
Watch your process.

Do you practice another art form? (If so, which?)
Music.
Writing.
Painting.
Sculpture.

What benefits do you get from (this/these) other art form/s?
Music reminds me to be here now.
Writing helps me think more clearly and deeply.
Drawing helps me explore what’s not in front of my lens.
Sculpture encourages me to think about influencing environments and creating events.

What was the most significant visual moment in your life?
A series of very personal dreams (sleeping) and visions (waking) that have deep significance to me. I’m waiting for the next one with anticipation.

Which was the most important image to you that got away?
As a young man I helped a retired surgeon who rehabilitated raptors. During the release of a magnificent golden eagle everyone laughed that no one had a camera. My mother told me I’d just have to remember it. I tried to burn that image into my mind. I still see and feel it clearly today. I doubt I’d remember it as well if I’d photographed it casually, even with a photograph. Sometimes photography can get in the way. It’s never a substitute for the real thing. Neither is memory.

What failure did you learn the most from?
I failed at being a comic book artist, not for lack of talent or skill or work, but because I was misdirecting my energy. I thought it was a good idea but it wasn’t my calling. I didn’t stop getting in my way until I accepted my calling.

What accomplishment are you most proud of?
Being there for people when they really need me.
Being of service to something greater than myself.

What’s the thing you most hope to accomplish?
I hope to make truly significant contributions to my family, friends, communities, and the natural world. I hope to reawaken in other people a sense of how wonderful the world is and that we’re all an important integral part of something much larger and more wonderful than we typically imagine. I hope to fan the flames of other people’s inner fires and inspire them to make a positive difference themselves in their own unique and creative ways.

If you had to do it all over again, what would you change?
I’d have relaxed and enjoyed doing what I was doing while I was doing it more, being focussed as much on the process as the results.

If you had another life to live a completely different life, what would you choose to do?
If I could split myself into many copies of myself, I’d send one to study the practices of many spiritual traditions, one to study Jungian psychology, one to write fiction, and one to be a musician. That amounts to studying the things I already study but with more depth. I let go of the aspect of myself who wanted to study intelligence in dolphins and whales long ago.

What are the most important questions to you?
Am I asking the right questions?

How would you like to die?
I’d like to peacefully know it’s my time, bow my head, and simply depart.