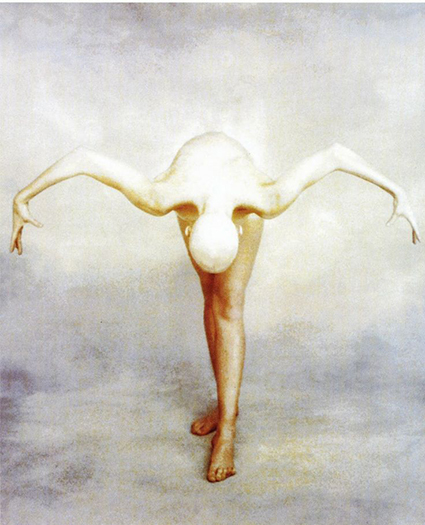 Tenneson is among the most respected photographers of our time, and has been described critically as “one of America’s most interesting portrayers of the human character.” Her work is a combination of portraiture and mythology-she is interested in discovering the archetypes of our being.

Tenneson’s work has been shown in over 150 exhibitions worldwide, and is part of numerous private and museum collections. Her photographs have appeared on countless covers for magazines such as: Time, Life, Entertainment Weekly, Newsweek, Premiere, Esquire and The New York Times Magazine. She is also a much sought-after portrait photographer with clients in Europe, Japan, and the United States.

Ms. Tenneson is the author of fifteen books. Her latest, entitled Shells: Nature’s Exquisite Creations, was published by Down East in Fall 2011. She is the recipient of numerous awards, including the International Center of Photography’s Infinity Award, for best applied photography. In addition, she has been named “Photographer of the Year” by the international organization, Women in Photography. A recent poll conducted by American Photo Magazine voted Tenneson among the ten most influential women photographers in the history of photography.

What’s the thing that interests you most about your own photographs?
It’s like looking at a diary…I can see who I was 10, 20 and 30 years ago!

What’s the thing that interests you most about other people’s photographs?
Seeing how other photographers problem solve, particularly with the content of their portraits.

Who were your early photographic influences?
Irving Penn inspired me.

Who were your early non-photographic influences?
I read lots of biography — Virginia Woolf, Anais Nin, etc. People’s lives fascinate me.

What’s the most inspiring work of art you saw recently?
I was in Paris last week and saw a fabulous Matisse show — I saw who he was at different times in his life. I saw how he continued to change.

What’s the worst thing about gear?
Having to carry it — and answer questions about it.

How do you know when an image doesn’t work?
I feel ill looking at it.

How do you know when an image is good?
My heart soars

How do you know when an image is great?
I feel it in my gut.

What’s the most useful photographic mantra?
Photograph what you love.

Which was the most important image to you that got away?
All the missed opportunities to do self portraits throughout my life.

What did you learn the most from?
Editing my own books.

What accomplishment are you most proud of?
Mentoring young photographers.

What’s the thing you most hope to accomplish?
Living in the present daily.

If you had to do it all over again, what would you change?
I would worry a lot less.

If you had another life to live a completely different life, what would you choose to do?
I would love to have been a film director.