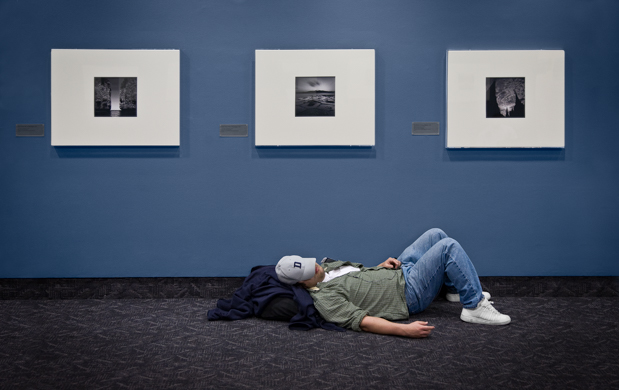 R. Mac Holbert is the co-founder of Nash Editions. Widely regarded as the world’s first digital printmaking studio focusing solely on photography, Nash Editions has established an international reputation for fine art photographic digital output. Conceived in 1989, and opening its doors in 1991, Nash Editions celebrates its 14th anniversary this year.

Prior to Nash Editions, Mr. Holbert was the Tour Manager for such music groups as Crosby, Stills & Nash, Peter, Paul & Mary and Carole King. He has long been active in the environmental movement helping to produce benefits for the Cousteau Society, Greenpeace, the Algalita Foundation and others.

Mr. Holbert has lectured extensively and conducted workshops on digital output, digital imaging/scanning and fine art printing on the IRIS and Epson large format printers. He is a Beta tester for Epson America, Adobe and other software and hardware manufacturers.

He is the recipient of numerous awards including the 2007 Lifetime Achievement Award – Digital Imaging Marketing Association and the 2000 Computerworld Smithsonian Medal for his pioneering work in digital printmaking.

He is the cofounder of The Imaging Collective.

What’s the best thing about photography?
Photography provides me with an “interested eye to the world. I experience more when I photograph.

What’s the thing that interests you most about other people’s photographs?
The opportunity to share their unique twist on reality.

Who were your early photographic influences?
The influences that I remember were from books and magazine’s of my parents – Eisenstaedt, Horace Bristol, Steichen, Elliott Erwitt, Dorothea Lange.

How do you know when an image doesn’t work?
When the image lacks my personal point of view or only weakly expresses it.

What’s the most useful photographic mantra?
It’s hard to capture an image without your camera.

Do you practice another art form? (If so, which?)
I’ve been know to create metal sculpture. (My college major)

What benefits do you get from (this/these) other art form/s?
Sculpture has made me conscious of dimensionality in my work. I do my best to translate a 3D visual experience into a 2D expression.

Which was the most important image to you that got away?
One of those “left my camera at home” situations. It was 1992 and the L.A. riots were in full swing and I was driving on the freeway and saw a large storage business on the frontage road with a background of many burning buildings. The neon sign on the building was meant to read “PUBLIC STORAGE”. The “STO” had burned out and now read “PUBLIC RAGE”. It would have made an amazing visual comment on the situation.

What accomplishment are you most proud of?
Being honored by the the Smithsonian in 2000 for my contribution to the digital revolution.

If you had another life to live a completely different life, what would you choose to do?
I’d love to be a bluegrass fiddler.

What is your greatest regret?
That I spent too many of my years in the music business making other people look good.

What’s your most treasured possession?
The love of art – passed on to me by my mother.

How would you like to die?
Like George Inness, the painter, who was viewing the sunset, when he threw up his hands into the air and exclaimed, “My God! oh, how beautiful!”, fell to the ground, and died.

What do you most value in your friends?
An open mind and heart

What is the trait you most deplore in others?
Greed