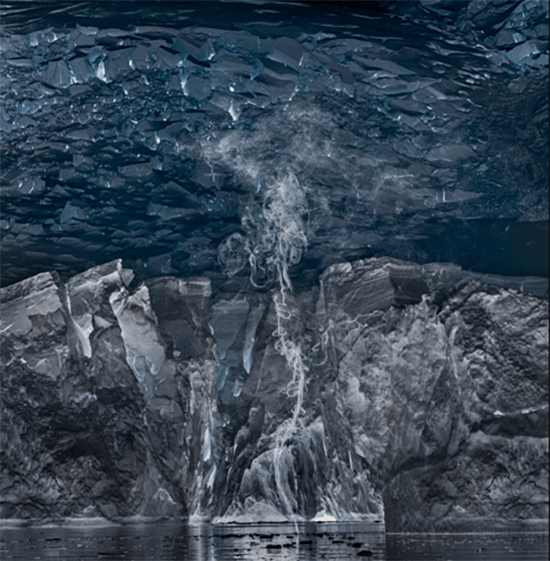 Ecopoetry: Voices from the Earth in Crisis
A Farnsworth Art Museum Program for Earth Day

20 Maine Poets Share Their Poems In Response To Art

END_OF_DOCUMENT_TOKEN_TO_BE_REPLACED 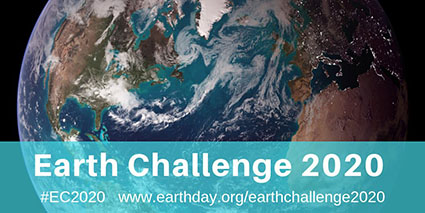 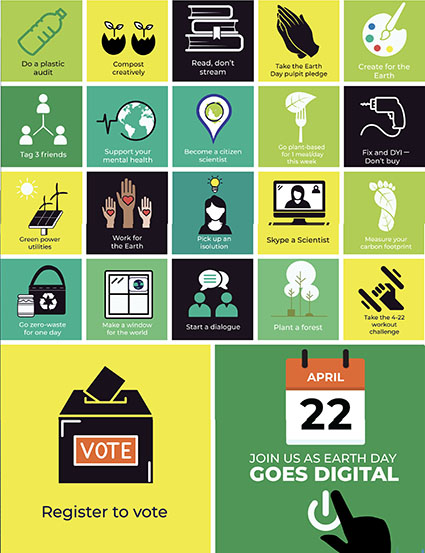 “While we collectively take action as individuals to bend the curve and reduce the spread of coronavirus, we cannot lose sight of the bigger picture — our global climate crisis. The intrinsic connections between human health and planetary health sparked the first Earth Day in 1970, and today, we must rise to meet these dual crises again as Earth Day marks 50 years.

In the face of a challenge that forces us to stay apart, we’re bringing challenges to bring the world together.

Join us for the Earth Day Daily Challenge, a 22-day series that will allow people to connect through challenges to take action right now, and every day, for our planet.
Each challenge will be posted daily on Earth Day Network’s social media channels (@earthdaynetwork). Participants can get involved by following the channels and adding their actions with the hashtags #EarthDay2020 and #EARTHRISE.”
Find out more here.

The Case For Optimism On Climate Change – Al Gore – TED

“Al Gore has three questions about climate change and our future. First: Do we have to change? Each day, global-warming pollution traps as much heat energy as would be released by 400,000 Hiroshima-class atomic bombs. This trapped heat is leading to stronger storms and more extreme floods, he says: ‘Every night on the TV news now is like a nature hike through the Book of Revelation.’ Second question: Can we change? We’ve already started. So then, the big question: Will we change? In this challenging, inspiring talk, Gore says yes. ‘When any great moral challenge is ultimately resolved into a binary choice between what is right and what is wrong, the outcome is foreordained because of who we are as human beings,’ he says. ‘That is why we’re going to win this.’”
Support the Climate Reality Project here.
Support Earth Day here.

Averting The Climate Crisis – What You Can Do – Al Gore – TED

“With the same humor and humanity he exuded in An Inconvenient Truth, Al Gore spells out 15 ways that individuals can address climate change immediately, from buying a hybrid to inventing a new, hotter “brand name” for global warming.”
Find more things you can do here.

This past year the world faced many extreme weather events from record breaking flooding in Australia to deadly cold and snowfall in Europe and severe drought and devastating hurricanes in the US.  In the face of this extreme weather Earth Day 2013 organizers around the world are working toward a united theme: The Face of Climate Change.
Monday April 22 is the 43 annual Earth Day. It is estimated that over 1 billion people around the world will take part in an organized effort to bring this years theme to life. Together we need to call on our leaders to make key changes to protect our fragile world.
What are you doing for Earth Day?
Get involved here
View a 2012 weather timeline here
Find more resources that will help you take action now here.
Find environmental organizations to support here.

It’s Earth Day 2012!
Find out more about Earth Day here.
The first Earth Day on April 22, 1970, activated 20 million Americans from all walks of life and is widely credited with launching the modern environmental movement. The passage of the landmark Clean Air Act, Clean Water Act, Endangered Species Act and many other groundbreaking environmental laws soon followed. Growing out of the first Earth Day, Earth Day Network (EDN) works with over 22,000 partners in 192 countries to broaden, diversify and mobilize the environmental movement. More than 1 billion people now participate in Earth Day activities each year, making it the largest civic observance in the world.
But Earth Day Network does not stop there.
END_OF_DOCUMENT_TOKEN_TO_BE_REPLACED 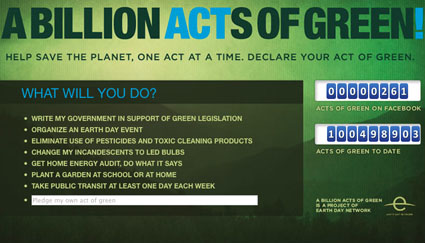 “Earth Day Network today announced a collaboration with Facebook to engage people worldwide in environmental action through the Billion Acts of Green®campaign.  The two organizations worked together to create a new application or “app” that is inspiring people around the world to take actions to reduce their impact on the environment.
A Billion Acts of Green®is a global campaign that drives voluntary efforts to improve our environment.  It encourages individuals and organizations to undertake acts of environmental service and advocacy, and to share them with the world. These actions can be immediate changes like switching to energy efficient light bulbs, or large-scale projects that achieve lasting change, such as efforts to green our cities and our schools.”
Learn more about 1 Billion Acts of Green here.
Join 1 Billion Act of Green here. 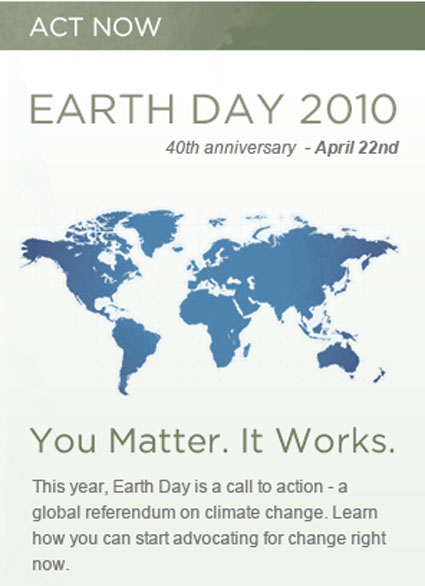 What can you do to safeguard our children’s future?
Here are three things.
Install low energy light bulbs and turn them out when you’re not using them.
Sign the Earth Day petition for a comprehensive US climate bill.
Join the Climate Rally in Washington DC on April 25th.
Find more ideas with these links. (see bottom of page)