Save 12% On NEC Spectraview Monitors 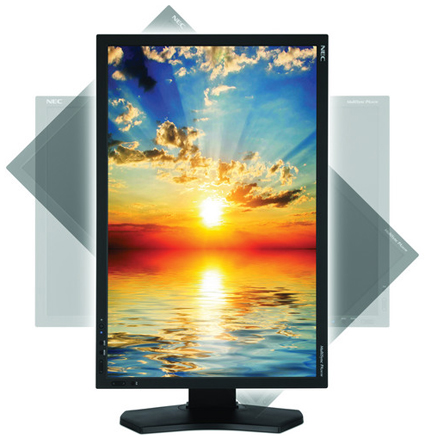 Get 12% off NEC monitors with this discount code JPCPHOTO.

Easy on the eye flicker rate

NEC’s Spectraview monitors are among the monitors that achieve the widest gamuts available today, making it possible to see more of the color contained in your digital files and more accurately represent the saturated colors that are printable with today’s fast-evolving digital printing media.
Simulating print brightness and contrast with monitors has always been one of the most challenging tasks. NEC’s unique combination of hardware and software solutions are the most sophisticated solutions available for setting monitor white, far exceeding the accuracy of the vast majority of other LCD monitor’s too bright results. As a result, predictions of print quality are significantly more accurate, saving time and media. Use NEC’s Spectraview / MultiProfiler software for best results. It calibrates the monitor’s LUTs and loads ICC profiles directly into the monitor for optimal color space matching.
Read what other top pros are saying about NEC monitors here.
Learn more about the tools I use here.
See them in action in my digital photography and digital printing workshops. 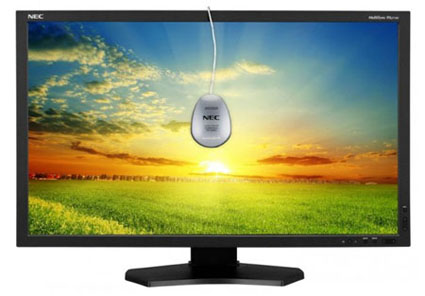 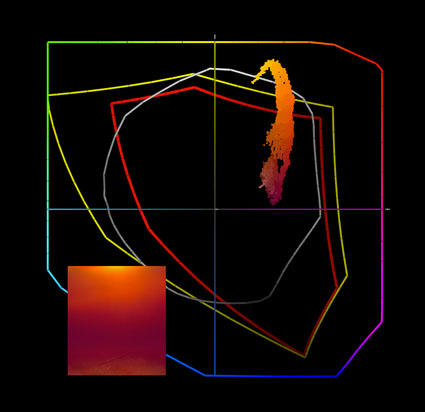 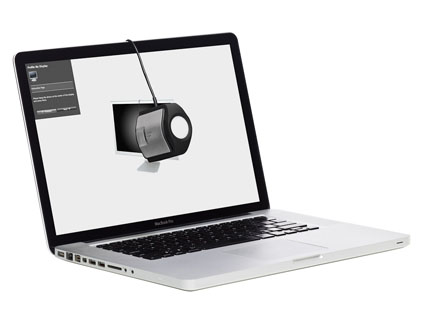 If you want to display your images accurately and make sophisticated decisions about how they will or could look, calibrate your monitor with hardware. Monitor calibration is a must. It’s not optional. It is easy. You need a device to do it well.

The visual comparator method (using your eyes to approximate an appearance on-screen) is too fraught with inaccuracies and inconsistencies to be relied on. Instead, use consistent, accurate, objective hardware and software. Colorimeters don’t have favorite and least favorite colors, don’t have color deficiencies, don’t get fatigued, don’t drink caffeine or eat sugar, don’t change over time or adapt to their environments, and don’t have emotions. You do. All of these can affect your perception of color at one time or another. Colorimeters are in a stable state. You’re not. So when it comes to making sure that your monitor displays color as accurately as possible, use a colorimeter.

There is a difference between calibrating and characterizing devices. Calibrating a device is changing its state, like setting the brightness of a monitor. Characterizing a device is measuring and mapping the color capacity of a device or building an ICC profile to describe it. Most of the process of monitor ‘calibration’ is actually ‘characterization’.

Calibrating and characterizing your monitor is a simple process. Use the profiling device and software of your choice.(I personally use X-Rite products.)

;
Now there’s a quick and easy way to evaluate what your monitor can do with the Q&A functions in X-Rite’s latest version of i1Photo Pro. Calibrating and profiling your monitor is the first step.  After that, you can identify which colors are displaying well and which have issues. You can use this information to identify the your best monitor for critical color work and even when it’s time to replace a monitor.
Read more in my digital photography ebooks here.
Learn more in my digital printing and digital photography workshops here.

How much time do you spend looking at a monitor? A lot. Right? So investing in a high quality monitor makes good sense, even for everyday use. If you work with digital images on a regular basis and want to produce great color you know just how important using a high quality monitor is for getting the best results. NEC’s new LCD 90 series are exceptionally high quality monitors. I hesitated to recommend any LCD monitor – until I used these. Now my NEC monitors are the ones I trust most in my studio.
Will Hollingworth (Senior Manager – Product Development for NEC Display Solutions of America, Inc. www.necdisplay.com) offers a number of insightful answers about NEC and monitors.
JP     I hear the average digital photographer spends thousands (or even tens of thousands) of dollars on cameras and lenses but only a few hundred dollars on monitors. And they spend an average of 15-40% of their time behind the lens and 40-80% of their time in front of a monitor. So, how important is a monitor?
WH    It doesn’t make much sense to make a huge investment in camera hardware and then skimp on a monitor of questionable performance … END_OF_DOCUMENT_TOKEN_TO_BE_REPLACED 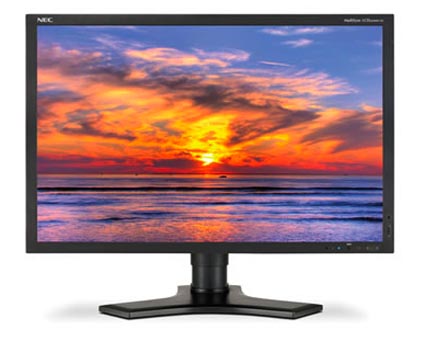 It’s the best monitor I’ve ever used.
The softproofed image onscreen has never looked so accurate. This LCD monitor has proprietary hardware technology that compresses the highlights to more accurately represent images in print. The monitor has hardware calibration technology that virtually eliminates color banding and provides excellent color uniformity across the screen. An internal stabilizer keeps colors consistent and the screen brightness to a level that more accurately represents images in print. Most LCD monitors are too bright to simulate images in print as accurately. The NEC 2690’s wide gamut encompasses over 90% of Adobe RGB. And it’s high resolution.
26″    2690WQXi   $1199.99
30″    3090WQXi   $2245.99
My workshop participants get to see it in action and receive discounts directly from the manufacturer.
Read about it on NEC.
Read user reviews at Amazon.