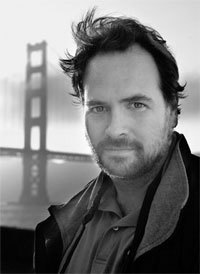 Vincent Versace is a recipient of the Computerworld Smithsonian Award in Media Arts & Entertainment and the Shellenberg fine art award and is a two-time nominee to the Photoshop Hall of Fame. His work is part of the permanent collection of the Smithsonian Institution's Museum of American History.

What's the best thing about photography?
You can stop a moment of time and hold it forever.

What's the worst thing about photography?
It is the only art form in which by owning the instrument you become instantly a practitioner. I.e. You buy a camera you are photographer. Try to see if this magic happens if you go and buy a cello.

What's the thing that interests you most about photography?
Photography doesn’t really interest me. Being taken by a moment and having a device to see if I can capture the captured moment, that interests me.

What's the thing that interests you most about your own photographs?
That they are all images of moments that took me, I did not take them.

What's the thing that interests you most about other people's photographs?
The way the world took them.

What's the best thing about gear?
That we have reached the point where impossible is just an opinion.

What's the worst thing about gear?
It can be a bit heavy to cart around all of the gear that makes impossible just an opinion

How do you know when an image doesn't work?
Just by looking at it. They either work or they don’t.

How do you know when an image is good?
Same way you know when someone else’s work id good or not. Either you like it or you don’t. People spend too much time complaining about how “bad” their images are.  There are enough people in world who want to beat you up you don’t need to assist. I don’t take pictures. I am taken by them. That simple mind set leaves me in a place where I am happy about the image. Some I “like” better than others, but that is a personal thing.

How do you know when an image is great?
Same way you know if is not great. Look at it. If it blows you away then it’s great.

Do you practice another art form?
Chef

What was the most significant visual moment in your life?
They all are. No one is more than the other. I was there, alive captured held in a moment and taken.

Which was the most important image to you that got away?
Sitting in Jay Maisel’s kitchen on the top floor of his bank watching a “I HEART NY” bag floating on the breeze at sunset with the NYC skyline in the background and both of our cameras were five stories below.

What accomplishment are you most proud of?
I don’t focus on this sort of stuff. All the awards I have ever received I put in the bathroom of my studio. It’s as good a place as any to be reminded of what you are most proud of accomplishing.

What's the thing you most hope to accomplish?
To move the viewer of my images the same way I was moved when the moment took me.

If you had to do it all over again, what would you change?
Put money into an IRA sooner. Floss more.

If you had another life to live a completely different life, what would you choose to do?
I just have this one. I didn’t get to choose it. I have no awareness of any life other than this one. So this one is what I would choose to do.