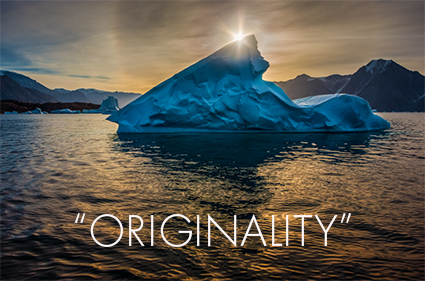 Here’s a selection of my favorite quotes on originality.
“A man’s originality is not only the most beautiful , but his best personality for humanity in life. “- Anuj Somany
“No one can be profoundly original who does not avoid eccentricity.” – Andre Maurois
“But it is better to fail in originality than to succeed in imitation.” – Herman Melville
“Originality consists in trying to be like everybody else – and failing.” – Raymond Radiguet
“Nearly all our originality comes from the stamp that time impresses upon our sensibility.” – Charles Baudelaire
“When a work appears to be ahead of its time, it is only the time that is behind the work.”- Jean Cocteau
“The more original a discovery, the more obvious it seems afterwards.” – Arthur Koestler
“Those who say there are no more original ideas need to get out of the way of those of us who are creating them.” – Steven Symes
“A man’s mind stretched by a new idea, can never go back to its original dimensions.” – Oliver Wendell Holmes
“Originality is a thing we constantly clamour for, and constantly quarrel with.” – Thomas Carlyle
“If you’re not prepared to be wrong, you’ll never come up with something original.” – Ken Robinson
“No one ever discovered anything new by coloring inside the lines.” – Thomas Vasquez
“It is necessary to any originality to have the courage to be an amateur.” – Wallace Stevens
“The merit of originality is not novelty, it is sincerity.” – Thomas Carlyle
“Originality does not consist in saying what no one has ever said before, but in saying exactly what you think yourself.” – James Stephens
“The greater intellect one has, the more originality one finds in men. Ordinary persons find no difference between men.” – Blaise Pascal
“Originality exists in every individual because each of us differs from the others. We are all primary numbers divisible only by ourselves.” – Jean Guitton
“Always be a first-rate version of yourself, instead of a second-rate version of somebody else.” – Judy Garland
“Insist upon yourself. Be original.” – Ralph Waldo Emerson
“Do your work, but do your thing.” – Ralph Waldo Emerson
“When there is an original sound in the world, it makes a hundred echoes.” – John A. Shedd“
Some writers confuse authenticity, which they ought always to aim at, with originality, which they should never bother about.” – W.H. Auden
Find more creativity quotes here.
Read more quotes daily on Twitter and Facebook.