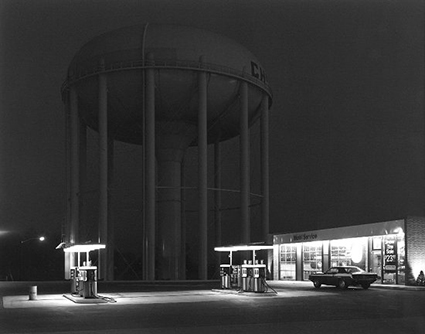 “Photography teaches us to see, and we can see whatever we wish.  When I take a photograph, I make a wish.  I was always looking for beauty.” – George Tice

“I try to take my interests and make them my work.” – George Tice
“As I progressed further with my project, it became obvious that it was really unimportant where I chose to photograph. The particular place simply provided an excuse to produce work… you can only see what you are ready to see – what mirrors your mind at that particular time.” – George Tice
“It’s never as good the second time. Things don’t get better. You can’t always go back, a lot of it has been erased. The photograph is a record of it having existed.” – George Tice
“It takes the passage of time before an image of a commonplace subject can be assessed. The great difficulty of what I attempt is seeing beyond the moment; the everydayness of life gets in the way of the eternal.” – George Tice
“The thing itself photographed becomes less interesting when you go back to it years later but I think the photograph becomes more important later when the reality has passed.” – George Tice
“My taking pictures means I’m taking a series of pictures which become an essay and then get extended into a book. That’s what’s exciting, to take an idea and work it through to completion.” – George Tice
“I don’t speak emotionally about my pictures. That’s for other people to do. I will say that I love my photographs. That’s what keeps me going.” – George Tice


Read my conversation with George Tice.