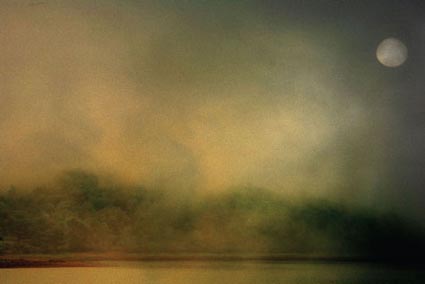 John Paul Caponigro’s Next Step Alumni Group
For over 10 years I’ve been mentoring a select group of individuals. Their progress has been thrilling to watch. It’s been a true privilege to be a part of their growth. July 7 their first Group Exhibit will be unveiled at the Maine Media Workshops. (link)
Jim Graham has been a member for over 6 years. Here’s one important thing he learned and his work.
Alumni Insight


I first came to John Paul 8 years ago.  And from that workshop and my subsequent inclusion in the Next Step Group  I have been able to develop a voice that speaks through my work.  John might say that I always had one and that he only helped untie the strings that has bound it.  But, I’d argue differently.
My inclusion in this group helped in my ability to articulate a visual language.  An Artistic language.  For I do believe that when we least expect it, life sets us a challenge to test our courage and willingness to change, to hear and to see; at such a moment, there is no point in pretending that nothing has happened or in saying that we are not ready. The challenge will not wait.
And it was not only John Paul who taught, but each member of that group as teacher.  Each offering their own individual gift to the other. Each part having their own unique attributes that bound us all together.  Not just a whole community but a visual chorus.
I’ve also been fortunate that others have valued my input about their work and that curiosity has given me the courage to begin to teach on my own.

Artist’s Statement
The work I choose to show in a gallery is typically made while traveling. I usually just photograph whatever interests me. Documenting where I am or what my surrounding environs are.  The resulting imagery inevitably ends up integrating my experience with the natural world. I seem to have an inner agenda, which is always seeking a harmony between the two, as well as a need to reconcile the inner, psychological world with the outer world of my everyday experiences. Each of my images has it’s own story.  I may not have known the story when I released the shutter.  But, the journey home and the time taken to suss out the images I have created, each stories unfolds.  They are perhaps an afterthought – a way to make sense of a fleeting moment or a memory.
In the naming of my images I try to give a bit of meaning to the moment I’ve tired to render.  I try to find a way to finish the image as a final piece and to bind the group as a whole. Each image has it’s own place and it’s own narrative.  While I have my own story for each, I hope that the viewer find his own stories within them.
See more of Jim Graham’s work here.
See the Next Step Exhibit at the Maine Media Workshops July 7 – 30.
Stay tuned for individual and group Next Step Blurb books.
Find out more about my workshops here.

Jim Graham works as an editorial and commercial photographer. He is based in Centreville, Delaware.   He was formerly a staff photographer with the News Journal Papers and The Delaware County Daily Times. He served as Photography Editor and Chief Photographer for Lacrosse Magazine and Fine Times Magazine. He was named Southern Photographer of the Year and was twice nominated for the Pulitzer Prize. Jim’s work has been recognized in Communication Arts Photo Annual and was named in Photo District News’ Article, “50 States Fifty Photographers.” He was second in The Gannett Chain in Color Photography and won Society of Professional Journalist’s Best News Photograph of the Year. His work was often lauded by the Pennsylvania Press Photographers Association and was recognized regionally  and nationally by the NPPA. Jim’s editorial clients include: USA Today, The Washington Post, The New York Times, Bloomberg News, The Associated Press, Newsweek, Sports Illustrated, National Geographic Traveler, The Philadelphia Daily News, The Philadelphia Inquirer, Golf Journal, The Chronicle of Higher Education, The Hunt Magazine, and many others.