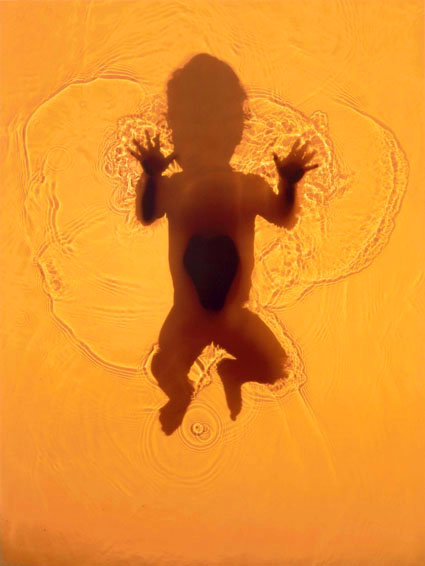 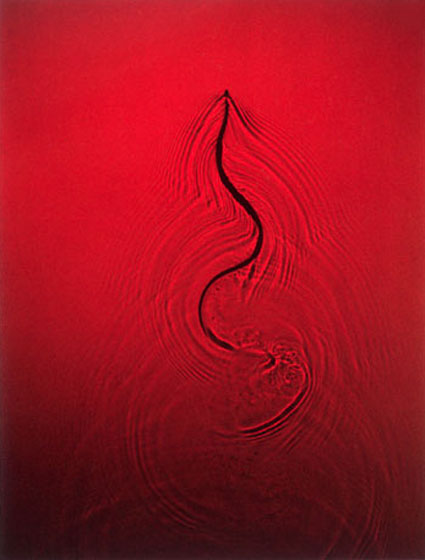 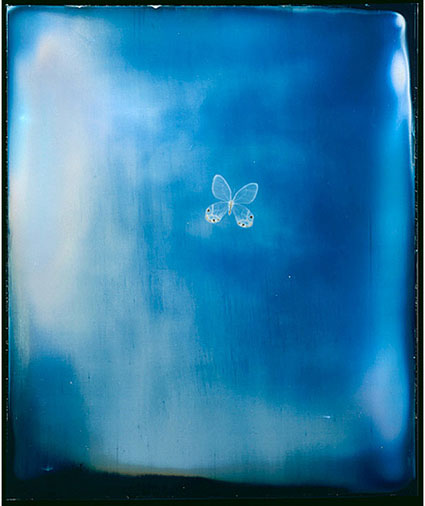 Adam Fuss’ photograms encourage you to think about photography, in different ways and much more broadly. His life-sized camera-less photograms represent one man’s attempt to work with, explore, and see subjects, media, and perception more directly. By making camera-less images, Fuss eliminates many distortions inherent in optical systems that employ lenses.
The turning point in Adam Fuss’ work came when he accidentally processed a piece of film that recorded only a grain of dust and its shadow. He had the sensitivity to see something extraordinary in this ordinary moment. Since then, he’s explored many ways of making photograms, including producing images from the chemical reactions created by photosensitive materials coming in contact with viscera and decaying objects.
Fuss’ photograms highlight the idea of the photograph as a trace made by light that has come in direct contact with the thing recorded. Fuss takes this one step further in his photograms, as the objects, not just the light reflected from them, literally make contact with the recording device, which becomes the final art object. Akin to abstract painting, the thing made represents itself more than the subject.
In Fuss’ work, the absence of light reveals as much or more as the presence of light, reversing our conventional expectations of photographs (‘light-drawings’). This is more than just ironic – it’s insightful.
Like Plato’s The Allegory Of The Cave, where men raised in a cave are bound in such a way that they only see shadows and mistake them for the real things not just reflections of reality, Fuss’ photograms ask us to consider the limited nature of our perceptions and not to confuse the recordings we make with the things themselves.
Who are your influences?
Find out more about my influences here.
Read my extended conversation with Adam Fuss here. 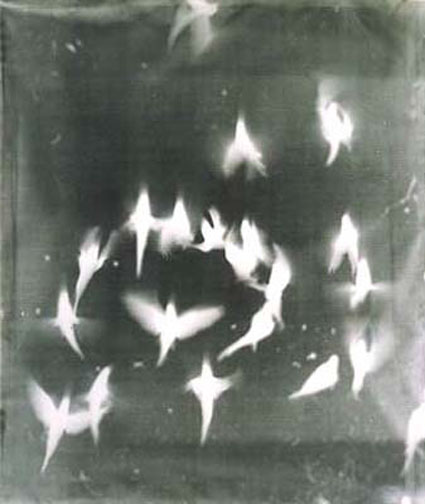 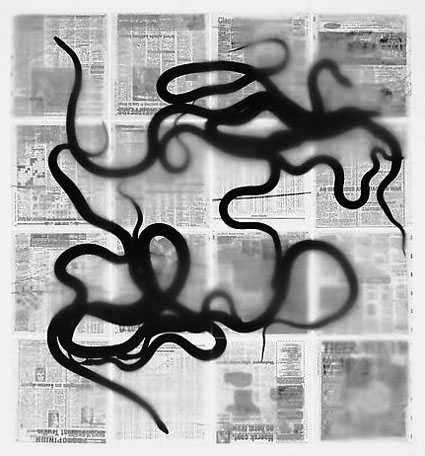