All Religions Practice Forms Of Meditation 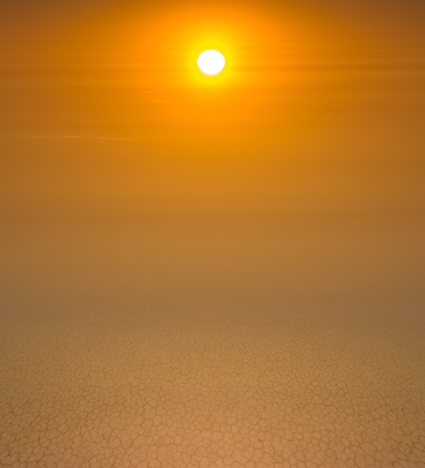 All religions practice forms of meditation.

While many religions offer the same essential practices, each religion has its unique orientation; drawing on its own special symbols, stories, and teachings; favoring certain practices, subjects, and goals.

Meditation plays a part in all aspects of Indian spiritual life, to greater and lesser degrees depending on the individual practitioner, his or her chosen path and stage of life.

The term Hindu means India, a highly diverse country with a long history that has many interwoven traditions, including Buddhism. Hinduism does not have one founder or a single text. It’s central texts include The Upanishads (a treatise on the nature of God-head), The Bhagadva-Gita (a treatise on man’s worldly duty), and the sagas of The Ramayana and The Mahabharata (spiritual principles described through action).

Hinduism’s belief in reincarnation is essential for their philosophy. It would take many lifetimes to fully experience all of the Hindu spiritual practices; cloistered monks, devotees of specific deities, practitioners of yoga, wandering ascetics, and psychic showmen.

Meditation is so central to Buddhism (a long-standing and varied tradition which offers the most highly developed systems of meditation) that many people think of meditation as a Buddhist practice.

Buddhism evolved from the meditations of Siddhartha Gautama, a prince who renounced his status opting for a life of ascetic practice that led to his becoming the Buddha or fully enlightened one. Buddha identified eight principles (The Noble Eightfold Path) that develop the fully realized state of a person; right view, right resolve, right speech, right conduct, right livelihood, right effort, right awareness, right meditation.

Another notable school, Zen Buddhism (a branch of The Mahayana School) began in the 6th century with the teachings of Bodhidharma. Zen attempts to reveal truth by disrupting the illusions, strengthened by conventional concepts and philosophies, which influence our perceptions, expectations, and responses. Zen offers a unique form of meditation call the koan, a puzzle without an apparent answer.

The Hebrew word Qabalah means both to receive and to reveal. Both a metaphysical doctrine and philosophy, the tradition within a tradition of Qabalah is a symbolic code designed to further practioner’s spiritual development. Students of the Qabalah transform their essential inner natures with the essential external Nature, by internalizing symbols and gradually absorbing their characteristics through meditation.

The central symbol of Qabalah is a cosmogram The Tree Of Life (Otz Chim) composed of eleven spheres (sephiroth), one of which is hidden, interconnected by twenty two pathways. Each sephira bears a different God-name, representing different aspects of the divine; The Crown, Wisdom, Understanding, Knowledge, Severity, Mercy, Beauty, Victory, Glory, Foundation, Kingdom. Symbols are assigned to each sephira including title, name, image, color, and number.

Meditation awakens the higher faculties of the individual, transcending reason, and bringing the symbols to life.

Christian forms of meditation have a long history, though not all practices are accepted universally in all churches (including but not limited to Orthodox, Catholic, Lutheran, Baptist, Protestant, Episcopalian, Quaker, Shaker, and Gnostic). The Desert Fathers, early hermits who established the basis for the Christian withdrawn life either individually or in groups, used repeated prayer, either spoken or sung, with synchronized breathing to internalize the spiritual truths contained within them. The Eastern Orthodox traditions practice creating and using icons as a focus for meditation. The Jesuit traditions use visualization and imagination to respond in a deeply felt personal way to scenes from the life of Christ (including Nativity, Passion, Crucifixion, and Ressurection) and internalized the lessons that can be found within them. The simplest and most universal form of Christian meditation can be found in the practice of repeating prayers, either individually, together, or in a cycle.

Whether expressed through song, prayer, study or contemplation, focus is generally directed first towards the heart, producing a deeply felt understanding that suffuses the whole being.

Rooted in the Koran and the teachings of Muhammad, Islam’s mystical path Sufism includes commentaries by masters and teachings from a wide range of esoteric traditions including the Zoroastrian, the Hermetics, and the Pythagoreans. It is further supplemented by a rich literary tradition that emphasizes poetry, allegory, and symbolic story. The arts reveal universal principles and everyday activities become vehicles for meditation – writing, calligraphy, geometry, architecture, dance, weaving, etc. Everything is considered sacred and unity is expressed everywhere.

The pupil teacher relationship is central to Sufi spiritual practice; only those who have been recognized by previous masters as masters (a chain that goes back to the prophet) have the authority to initiate pupils. Masters dictate meditation practices, which can vary substantially in the final form they take. The aim of meditiation (fikr) is to prevent the mind from going astray while the heart is focuses on God. The spoken word (prayer, chant, song) is heavily emphasized as an active invocation of God through repetition of the Holy Names (zikr).

Meditation in Other Religions

Many other spiritual traditions have practices that are identical in form and function to these practices. And they offer many more. How similar these divergent practices are to meditation is often a matter of degree. The discussion of how similar some of these practices are is useful. While not unrelated, trance states, often involving a loss of self-awareness, can be distinctly different. Similarly, altered states of mind induced by chemical agents can be similar in many ways but are also distinctly different in others. Meditation rarely, if ever, involves a loss of self-awareness or control; quite the opposite, it almost always heightens both.

Despite the fact that meditation can take many forms, universal principles can be found in all systems. The whole being (body, mind, emotion) is actively applied, through a variety of focus points, to develop awareness, insight, and transformation.

Sorry, the comment form is closed at this time.