One Thing Leads To Another – The Story Behind The Image 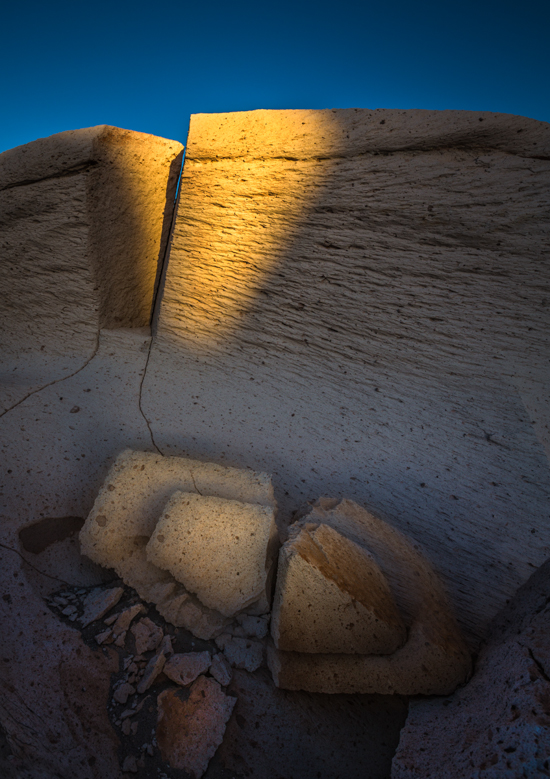 With Incubation II, I got everything I wanted – and more.
I’ve been working on a line of thought for some time, planning to make a series to fully develop it. Make multiple exposures of the same subject from different angles and combine them seamlessly. It’s like Cubism without the artifacts. Show what’s hidden by one angle of view by combining many angles of view. Show many sides of the same object simultaneously. Show the background that an object hides. Make a visual experience that more powerfully presents the experience of moving around, in, and through a space.
Not knowing what I wanted to do ahead of time would have changed the way I made exposures. I would have selected angles that offered the best relationship between object and environment, often prioritizing one over the other if any compromises were necessary, instead of selecting the optimal angle for both in two or more exposures. I wouldn’t have made as many exposures nor would I have know which alternate exposures to make – and why. Despite my best plans, I never could have planned for this magnificent moment of light, where its shape, split by a crack, echoes the shapes of the two cracked halves of the rock below it.
On my first visit to Argentina’s Atacama Desert I was able to gather several exposures that once combined served as proof of concept. They results, not just for one image but for multiple images, were successful enough to show that this idea and approach had lasting value.
My initial concept didn’t work entirely as planned. I tried a solution that looked similar to double exposure and while I was (and still am) interested in the way this made the objects look like they were vibrating (a new idea), it was too busy and unclear for the effect I was looking for here. On impulse, while I was processing the images, I tried nesting the stones within themselves and it was immediately clear that this was a powerful new solution. The technique served more than a visual device. The psychological dimensions of the work were heightened. The work was challenging me to expand my vision.
Finishing the first few images brought both clarity and productivity while photographing the location for the second time. I was able to make many related images, aware of what was different and what was similar. I was even able to rephotograph several subjects. Now, in addition to single images displaying multiple angles of the same subject, multiple images in the series do the same. It’s surprising how different things look from different angles of view – sometimes they’re unrecognizable.
The questions arose “How many images will this solution hold for?” and “What other related solutions will I find?” One thing led to another. Along the way, duplication, reflection, and distortion were also used. So new questions were posed, “Is this one series or many?” and “Will one series title hold them all?” (The working title for the series is Incubation.)
I’m not sure all of these images belong in the same series. While they’re all from the same location and they look similar stylistically and are related thematically, they also explore different ideas. Some are diverging significantly enough to make the case for placing them in several interconnected series. What’s the answer? Right now, it’s a mystery. I simply have to do more work to find out more about it.
I’ve found that the best plans are clear enough to stimulate productivity and flexible enough to evolve.
See related Contact Sheets from 2012 and 2013 here.
Questions
What are the benefits of working without a plan?
What are the benefits of working with a plan?
How do you create a plan so that it is generative rather than restrictive?
What mindset do you need to approach plans with to maximize productivity and insight?
When should you abandon one plan in favor of another?
Read more The Stories Behind The Photographs here.