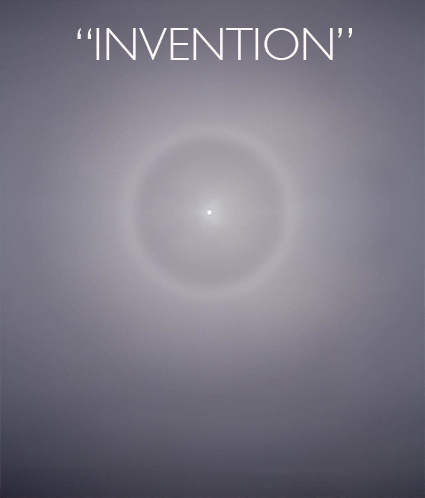 Here’s a selection of my favorite quotes on invention.
“…to invent is to discover that we know not, and not to recover or resummon that which we already know” — Sir Francis Bacon
“To understand is to invent.” — Jean Piaget
“Inventing is a skill that some people have and some people don’t. But you can learn how to invent.” — Ray Dolby
“I do not think there is any thrill that can go through the human heart like that felt by the inventor as he sees some creation of the brain unfolding to success.” — Nikola Tesla
“Doubt is the father of invention.” – Galileo Galilei
“Want is the mistress of invention” – Susanna Centlivre
“Necessity, the mother of invention” – Richard Franck
“Mothers are the necessity of invention.” – Bill Watterson
“I don’t think necessity is the mother of invention. Invention, in my opinion, arises directly from idleness, possibly also from laziness – to save oneself trouble.” – Agatha Christie
“Name the greatest of all inventors. Accident.” — Mark Twain
“I never did anything worth doing by accident; nor did any of my inventions come by accident; they came by work” – Thomas Alva Edison
“Invention is 1% inspiration and 99% perspiration” – Thomas Alva Edison
“Stumbling upon the next great invention in an ‘ah-ha!’ moment is a myth.” – James Dyson
“Human subtlety will never devise an invention more beautiful, more simple or more direct than does nature because in her inventions nothing is lacking, and nothing is superfluous.” – Leonardo da Vinci
“Nature is the source of all true knowledge. She has her own logic, her own laws, she has no effect without cause nor invention without necessity.” – Leonardo DaVinci
“Every science has for its basis a system of principles as fixed and unalterable as those by which the universe is regulated and governed. Man cannot make principles—he can only discover them.” — Thomas Paine
“All creation is a mine, and every man a miner. The whole earth, and all within it, upon it, and round about it, including himself … are the infinitely various “leads” from which, man, from the first, was to dig out his destiny.” — Abraham Lincoln
“To invent, you need a good imagination and a pile of junk.” — Thomas Alva Edison
“Inventing is a combination of brains and materials. The more brains you use, the less material you need.” — Charles F. Kettering
“Invention presupposes imagination but should not be confused with it.” — Igor Stravinsky
“No amount of skillful invention can replace the essential element of imagination.” – Edward Hopper
“Only an inventor knows how to borrow, and every man is or should be an inventor.’ — Ralph Waldo Emerson
“I invent nothing, I rediscover.” – Auguste Rodin
“Invention, strictly speaking, is little more than a new combination of those images which have been previously gathered and deposited in the memory; nothing can come of nothing” – Joshua Reynolds
“I invented nothing new. I simply combined the inventions of others into a car. Had I worked fifty or ten or even five years before, I would have failed.’ — Henry Ford
“Too often we forget that genius, too, depends upon the data within its reach, that even Archimedes could not have devised Edison’s inventions” – Ernest Dimnet
“I’m an inventor. I became interested in long-term trends because an invention has to make sense in the world in which it is finished, not the world in which it is started.” – Ray Kurzweil
“An invention that is quickly accepted will turn out to be a rather trivial alteration of something that has already existed.” — Edwin Herbert Land
“Inventor, n. A person who makes an ingenious arrangement of wheels, levers and springs, and believes it civilization.” — Ambrose Bierce
“Where a new invention promises to be useful, it ought to be tried” – Thomas Jefferson
“The production of too many useful things results in too many useless people.” — Karl Marx
“We believe that if men have the talent to invent new machines that put men out of work, they have the talent to put those men back to work” – John Fitzgerald Kennedy
“It is questionable if all the mechanical inventions yet made have lightened the day’s toil of any human being.” — John Stuart Mill
“In the modern world we have invented ways of speeding up invention, and people’s lives change so fast that a person is born into one kind of world, grows up in another, and by the time his children are growing up, lives in still a different world” – Margaret Mead
“I must create a system, or be enslav’d by another man’s.” — William Blake
“Our inventions mirror our secret wishes.” — Lawrence George Durrell
Find more Creativity Quotes here.
Discover more quotes daily in my Twitter and Facebook streams.