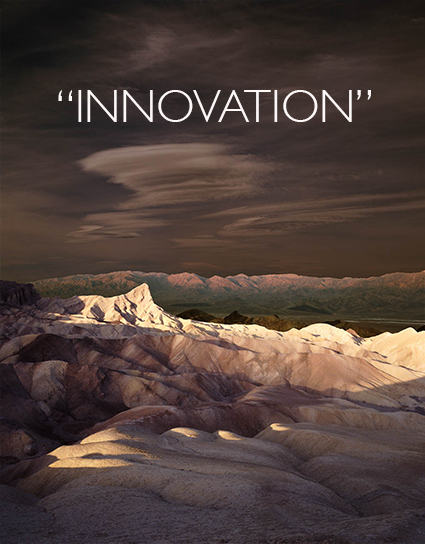 Enjoy this collection of my favorite quotes on innovation.
“Creativity is thinking up new things. Innovation is doing new things.” — Theodore Levitt
“Innovation is creativity with a job to do.” – John Emmerling
“Imagination plus innovation equals realization.” – Denis Waitley
“Ideas are useless unless used.” – T. Levitt
“Ideas won’t keep. Something must be done about them.” – Alfred North Whitehead
“To accomplish great things we must dream as well as act.” – Anatole France
“You can have brilliant ideas, but if you can’t get them across, your ideas won’t get you anywhere.” – Lee Iaccocca
“Learning and innovation go hand in hand. The arrogance of success is to think that what you did yesterday will be sufficient for tomorrow.” – William Pollard
“Mindless habitual behavior is the enemy of innovation.” – Rosabeth Moss Kanter
“One of the challenges of innovation is figuring out how to wipe your mind clean about what you should be doing at any given moment, and not having a religious attachment to what’s gotten you there thus far.” – Andrew Mason
“Everybody believes in innovation until they see it. Then they think, ‘Oh, no; that’ll never work. It’s too different.’” – Nolan Bushnell
“Innovation is hard. It really is. Because most people don’t get it. Remember, the automobile, the airplane, the telephone, these were all considered toys at their introduction because they had no constituency. They were too new.” – Nolan Bushnell
“The nature of an innovation is that it will arise at a fringe where it can afford to become prevalent enough to establish its usefulness without being overwhelmed by the inertia of the orthodox system.” – Kevin Kelly
“An important scientific innovation rarely makes its way by gradually winning over and converting its opponents: What does happen is that the opponents gradually die out.” – Max Planck
“For better or worse, that is true with any new innovation, certainly any new technological innovation. There’s many good things that come out of it, but also some bad things. All you can do is try to maximize the good stuff and minimize the bad stuff.” – Steve Case
“We seem to forget that innovation doesn’t just come from equations or new kinds of chemicals, it comes from a human place. Innovation in the sciences is always linked in some way, either directly or indirectly, to a human experience.” – John Maeda
“For good ideas and true innovation, you need human interaction, conflict, argument, debate.” – Margaret Heffernan
“Innovation is all about people. Innovation thrives when the population is diverse, accepting and willing to cooperate.” – Vivek Wadhwa
“Societies advance through innovation every bit as much as economies do.” – Geoff Mulgan
“If you look at history, innovation doesn’t come just from giving people incentives; it comes from creating environments where their ideas can connect.” – Steven Johnson
“Software innovation, like almost every other kind of innovation, requires the ability to collaborate and share ideas with other people, and to sit down and talk with customers and get their feedback and understand their needs.” – Bill Gates
“Innovation distinguishes between a leader and a follower.” – Steve Jobs
“Innovation has nothing to do with how many R & D dollars you have. When Apple came up with the Mac, IBM was spending at least 100 times more on R & D. It’s not about money. It’s about the people you have, how you’re led, and how much you get it.” – Steve Jobs
“You have to combine both things: invention and innovation focus, plus the company that can commercialize things and get them to people.” – Larry Page
“Most companies don’t have the luxury of focusing exclusively on innovation. They have to innovate while stamping out zillions of widgets or processing billions of transactions.” – Gary Hamel
“I think frugality drives innovation, just like other constraints do. One of the only ways to get out of a tight box is to invent your way out.” – Jeff Bezos
“Innovation is the ability to convert ideas into invoices.” – L Duncan
“Innovation is the central issue in economic prosperity.” – Michael Porter
“Innovation is the specific instrument of entrepreneurship. The act that endows resources with a new capacity to create wealth.” – Peter Drucker
“The enterprise that does not innovate ages and declines. And in a period of rapid change such as the present the decline will be fast.” – Peter Drucker
“Do you know what my favorite renewable fuel is? An ecosystem for innovation.” – Thomas Friedman
“Governments will always play a huge part in solving big problems. They set public policy and are uniquely able to provide the resources to make sure solutions reach everyone who needs them. They also fund basic research, which is a crucial component of the innovation that improves life for everyone.” – Bill Gates
“Conservatism cherishes tradition; innovation fetishizes novelty. They tug in different directions, the one toward the past, the other toward the future.” – Jill Lepore
“A key ingredient in innovation is the ability to challenge authority and break rules.” – Vivek Wadhwa
“Innovation is the whim of an elite before it becomes a need of the public.” – Ludwig von Mises
“Innovation, being avant garde, is always polemic.” – Ferran Adria
“We must not confuse distortion with innovation; distortion is useless change, art is beneficial change.” – Chuck Jones
“Creative experimentation propels our culture forward. That our stories of innovation tend to glorify the breakthroughs and edit out all the experimental mistakes doesn’t mean that mistakes play a trivial role. As any artist or scientist knows, without some protected, even sacred space for mistakes, innovation would cease.” – Evgeny Morozov
“Innovation almost always is not successful the first time out. You try something and it doesn’t work and it takes confidence to say we haven’t failed yet … Ultimately you become commercially successful.” – Clayton Christensen
“There is no innovation and creativity without failure. Period.” – Brene Brown
“Pure innovation is more gross than error.” – George Chapman
“We owe our existence to innovation. Our species exists thanks to four billion years of genetic innovation.” – Gary Hamel
“Time is the greatest innovator.” — Sir Francis Bacon
Find more quotes in The Essential List Of Creativity Quotes.