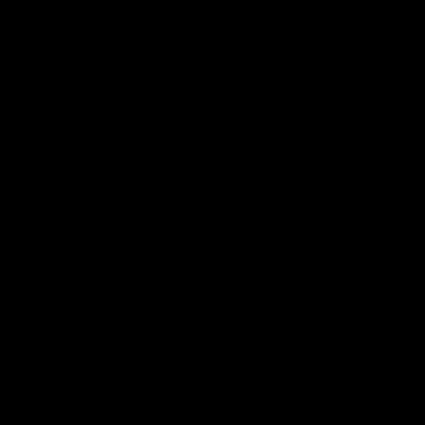 What’s the first thing that comes to mind when you see black?
Comment here!
Then read more and find other viewer’s responses.
Considered the absence of light, black absorbs all colors and reflects nothing back. Black makes objects and spaces appear smaller and other colors in proximity appear brighter. It is hidden in the insides of things, where light fails to penetrate. Every present, it hides and envelopes in shadow, obscuring and enveloping in mystery. It is enigmatic and can be seen as seductive and sexy. It is covert and can be thought of as sinister, providing a place where malfeasance can be practiced undetected. It occludes and is associated with the occult. Black is associated with endings; the poison that brings death, the charred remains of fire, the enveloping darkness brought on by a loss of consciousness – sometimes final. Black can be seen nihilistically as representing an abyss of nothingness. Black can also be seen as fertile, the dark ground out of which all life springs. Typically, black is perceived as either conservative sophisticated elegance and rebellious outsider chic.
Classic Images
burnt remains
ashes
black earth
night sky
shadow
Expressions
pitch black
black sheep
fade to black
black out
black eye
black-hearted
black mail
black list
black magic
black humor
men in black
black belt
black box
black leather
black velvet
black hole
the new black
Words
ebony, charcoal, coal, ink, lamp, jet, mars, midnight, obsidian, onyx, sable
Read more on Color Psychology here.
Learn more in my digital printing and digital photography workshops.