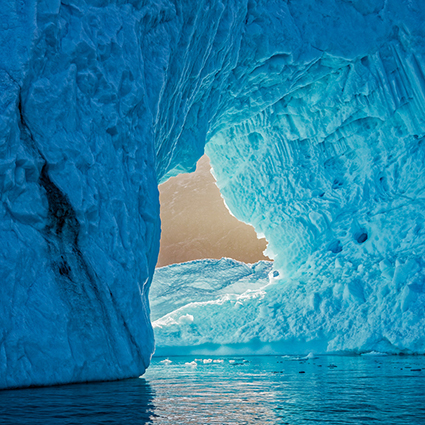 Alumnus Michael J Quinn was recently interviewed and his work featured on Phoblographer.
Here’s an excerpt.

Phoblographer
“When you’re surrounded by so much awesome beauty from nature, how to do control yourself and not take pictures of everything?”

Michael J Quinn
“In the beginning, I did take pictures of everything. Not uncommon for me to shoot 10,000 images during a week trip, which is way too much. It makes editing and pairing down images almost impossible. The sorting process becomes daunting and thus does not get done. It is only after repeated trips and mentoring by both John Paul Caponigro and Seth Resnick, that I have begun to see better in the field. Make much fewer captures but at the same time increase the quality of the images that I am capturing. I am able to pre delete images before capture. That is to say that I can mentally edit.

Is this shutter click going to result in at least a 3 star image? If not, don’t click. This is a learned trait and must be practiced. I still have a long way to go, but I am making progress. During my recent 4 week trip to the Arctic, I shot less than 5,000 images. This makes the editing process much easier.

I have more confidence in my abilities which plays a role too. I have the confidence that I can capture the scene with enough depth of field, exposure and focus. Slowing the capture process helps as well. If there is time, taking a moment to really look deeply at a subject, interpret my emotional response to a scene and then make the capture. Having a plan also helps in the capture process. Plan out what type of story or stories that you have going and where the holes are in your story. Then when you are in the field you have a shot list of images that you are looking for. It makes it much easier to sort through the chaos in the field and find the gems. You have to be prepared for the new opportunities that arrises as well – like when a Polar Bear pops his head out around a rock, but having a plan will focus your attention. Reviewing while in the field is also a valuable tool. You can confirm that your technique is working. You can look for new patterns and themes in your images. Finding new stories to tell is always exciting.”