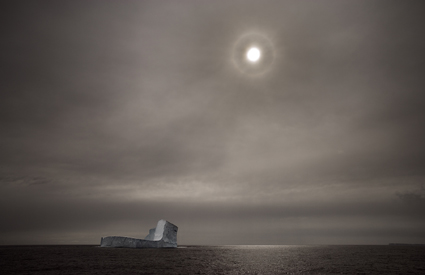 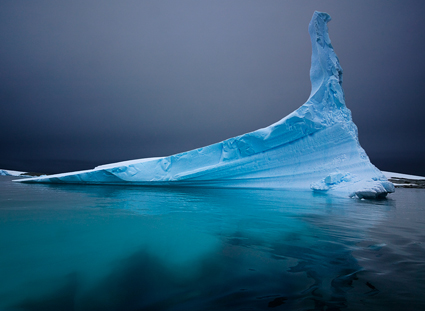 It was December 2005. We had just made the long crossing of the Drake Passage to Antarctica. On the horizon were enormous icebergs. It was our first view of big ice. We all rushed to deck and began to photograph. I found myself standing shoulder to shoulder with Seth Resnick. He was using a long 300mm lens. I was using a wide 28mm lens. We both looked at each other and then looked again. Our approach was so different we were astonished. “Let me see your camera!” we both said simultaneously and quickly traded cameras. We laughed out loud. With one quick glance, we realized we were seeing in entirely different ways.
It was February 2007. We found ourselves in the very same situation. Again, we had crossed the Drake Passage to Antarctica. Again, there was big ice. Again, we hurried to deck. Only this time, Seth appeared with a wide 14mm lens and I showed up with a long 100-400mm lens. We grinned big grins. We had influenced each other.
It was January 2010. Once more, we had crossed the Drake Passage to Antarctica. There was more big ice. Again we raced to deck. This time we both carried two cameras, one with a wide lens and the other with a long lens. We smiled and nodded knowingly at one another. As a result of sharing the same experiences and the results we produced from them, we had learned to become more versatile and see in more varied ways.
Sharing experiences with other visual artists can be extremely stimulating and rewarding. The resulting growth comes in unexpected ways at unexpected moments. In situations like these, I’ve come to expect the unexpected. Especially with Seth!
What opportunities can you make to share experience and vision with other artists?
Read Seth Resnick’s images and version of our story here.
Find out about our Digital Photography Destinations workshops here.