Enjoy this sweeping survey of photography at National Geographic and the men and women who make the images.
View more Photographer’s Videos here.

“Considered one of the leading documentary photographers in the field today, Chris Rainier captures powerful and compelling images of indigenous cultures whose ways are under threat.”
Find out more about Chris Rainier here.
View more Photographer’s Videos here. 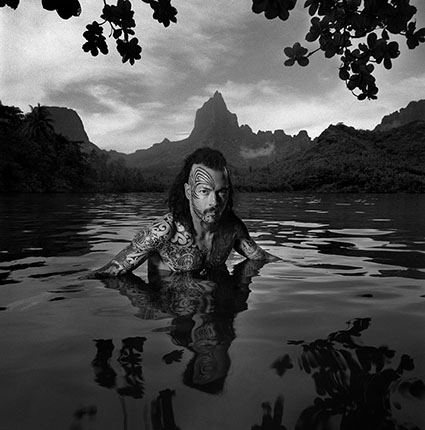 Enjoy this collection of quotes by photographer Olivia Parker.

“Photography, even though some people refer to it as a mechanical process, forces you to reach out to the world in front of you.” – Olivia Parker

“The biggest transformation comes through what happens with the light.” – Olivia Parker

“People have been trying to fool other people since photography was invented.” – Olivia Parker

“These are stories of the constantly changing ideas of what is real in the human mind, some attempts to make illusions real, and the search for greater order or greater freedom amidst ever changing perceptions of reality.” – Olivia Parker

“What teachers wrote on the blackboard at school was inherently assumed to be true, but I wasn’t so sure. My uncertainty is evident in the blackboard pictures. All I can say is that the chalk drawings and taped paper on my blackboards came from books thought to be true at the time they were published. Blackboards began as small slates, almost an educational toy. They have been around so long they have become an icon of education, but when left unguarded, they can become tools of subversion or items of play again, open to graffiti and games.” – Olivia Parker

“The thing is really how people look at things and what they think is real. The more you go along in life the more you find the absurdity of some of it. And so often so much is blocked out, or so much is added by the imagination.” – Olivia Parker

“Human beings are always trying to structure things so that they will be more understandable and more navigable. Games can be working models. Games often have very set rules. Often there is a game board with delineated outlines. There seems to be sort or a pleasure that comes from dealing with a situation that is so manageable or controlled. You know when it’s going to be random or controlled by a throw of the dice. Even when there is that randomness, there are still limits. By contrast, in real life where there are rules and they often break down, things get messy. Its fascinated me, what games are. Almost all civilizations seem to have some.” – Olivia Parker

“I think that the whole process of trying to by creative whether it’s making art or discovering things in a science, any kind of creativity, involves this sort of going off the edge of the map, so to speak, a willingness to go someplace where you don’t know what the structure is going to be.” – Olivia Parker

“If you are not willing to play a little, there are so many possibilities that you won’t see. Often something interesting will come up by accident.” – Olivia Parker