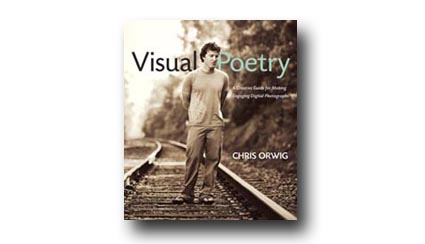 Chris Orwig shared many insights in an inspiring lecture during our FADP workshop at Brooks. Chris collects great stories from photographers and shares them in his new book Visual Poetry.
In one story, a man has written a novel and decides it’s no good so he throws it out. As she’s taking out the trash, his wife discovers the manuscript and reads it. She goes to him and says he needs to finish it – it’s good. He does. It becomes a best seller.
Chris thinks we all need ‘trash can buddies’. I agree.
Find out more about Chris Orwig here.
Learn more at Brooks here.
Be the first to hear about the next FADP workshop.
Stay tuned to Insights for the upcoming release of our Fine Art Workflow DVD.
Check out Mac Holbert’s website.
Find out more in my Fine Art Digital Printing Workshops. 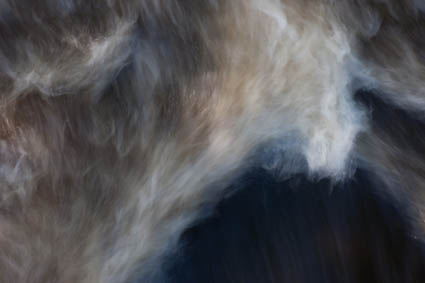 –
Having special guests always adds extra positive energy into an already dynamic mix. Special guests Greg Barnett and Patti Russotti, both long-time high-level educators at RIT with vast experiences in the medium and it’s digital evolution, participated in my recent field workshop Along the Waterline. Their presence and the receptivity of the students encouraged me to ramp up the curriculum to an even more advanced level conceptually. We moved progressively varying our modes of inquiry, to identifying ways of looking, focussing on themes, and identifying ways to make the finally images more psychologically loaded. Each day built upon the previous one. At the end, everyone had increased their skillset, learned a lot of different ways of looking, and deepened their authentic voice. It’s great to see everyone progress together, all in different ways. It was really stimulating for everyone involved. In many ways, both small and large, it will change my teaching for the better.
Greg and Patti mind at the end of the week here.
“Over the last few days while working with John Paul, I’ve had somewhat of a breakthrough …”
END_OF_DOCUMENT_TOKEN_TO_BE_REPLACED

Last week at The Fine Art of Digital Printing workshop The Fine Art of Digital Printing workshop (taking place at Brooks sponsored by Epson) spoke about paper. We always have special guests at these events and we were delighted that Dano was able to come this time. Dano explained a lot of interesting things about paper (three types – swellable, microporous, cotton fiber)(the history and myths of OBA’s – optical brightening agents – used in paper coatings, some longer lasting than others)(longevity facts – it’s a combination of many factors, lightfastness being only one).
One of the funnier things that everyone came away with was how many terms we’re used to hearing and using that are essentially meaningless and can be potentially misleading if you make assumptions often associated with the terms. “Fine art paper”, “museum grade”, “archival”, “pearl”, “luster”, “stipple” are all marketing terms with no definite meaning. “Permanent” means water fast, but doesn’t imply light fast. “Compatibility” simply means the paper will transport through the printer – nothing more. So it pays to know which terms are truly meaningful/useful and which terms aren’t.
More to come on this. Stay tuned.
Look for upcoming Epson Print Academy dates here.
Check out The Fine Art of Digital Printing workshops here.
Check out my Fine Digital Print workshops here. 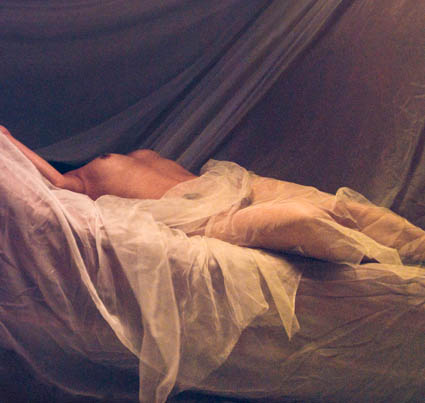 Kevin Ames found that perfect wasn’t and imperfect was, while he was a special guest during a special session of my Fine Digital Print workshops this week. After years of doing top notch commercial photography, to get the most expressive results from a developing body of work, he first had to follow the lead of a very happy accident. Replicating the look and feel of a color crossed, soft focus, grainy original from pristine originals challenged him to be clear about every move he made. Ultimately, he found that rather than going back to lesser tools to distress his images he had much more flexibility and freedom when simulating the look using high quality originals. The results became perfectly imperfect. In the end, given the subject matter and his treatment of it, a perfectly lit, perfectly processed original was just too perfect – and far less emotive. It wasn’t easy to go in the opposite direction years of good habits had taken him. He had to give himself permission to do so – and was encouraged unanimously by the other participants to pursue his unconventional results. Even then, it took repeating the results with several images to get the final confirmation he needed. The results were undeniably strong.
Here’s what Kevin shared about his experience. “Breaking rules is part of being artistic. This odalisk was made during the very early days of digital portraiture with a three chip camera the when given enough light was really quite good. I broke the flash sync socket at the beginning of the shoot forcing me to use the
modeling lights in the soft box as the sole and dim source of illumination. That camera shot at ISO 40 and the exposures were quite long adding a lot of noise to the image.  During portfolio reviews at
John Paul’s Digital Print II workshop last spring it was the pick of my work by the group. I added it to my print portfolio for last week’s workshop and again it was the unanimous favorite of my submissions.
Understand that at the beginning of the workshop it was not the direction that I thought I wanted to follow. The breakthrough came when it was printed out to a large scale–forty by forty inches. Up
close it looks impressionistic. From ten feet it becomes painterly. Using the odalisque as a touchstone I am adding grain, noise and color washes to current high resolution work that is very sharp and well
lit. Printed larger than life the figures take on a whole new aspect. I can control the size of the grain in the subsequent photographs as part of the visual vocabulary. When the body of work is finished this
touchstone image will be the one that doesn’t truly fit. Breaking the rule of “noise free is better” has led me to seeing my work in a whole new way–all due to collaborating with the participants of the
workshop and of course John Paul’s guidance.”
Tell him what you think! Comment here!
Check out Kevin’s website here.
Check out my Fine Digital Print workshops here.