Chris Orwig's Quotes To Live By 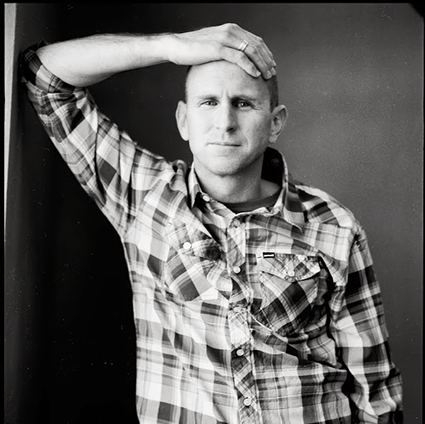 Chris Orwig lives by this quote.
“Photography is savoring life at 1/100th of a second.” – Marc Riboud
What quotes do you live by?
Read a collection of Chris Orwig’s favorite quotes here.
Find out more about Chris Orwig here.
Read more Photographers’ Favorite Quotes here. 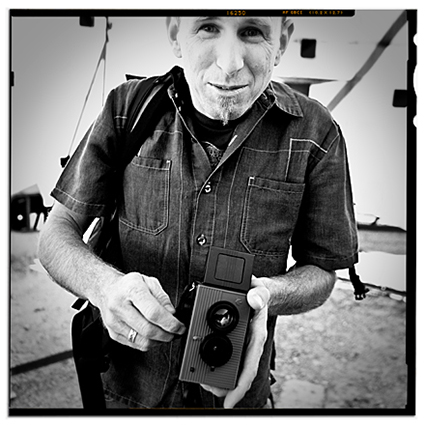 Chris Orwig provides quick candid answers to 20 questions.
What’s the best thing about photography?
Life is short and time moves too fast. Yet, photography has provided me with the way to try to stop, slow and savor moments that otherwise would have been lost. Even more, good photographs seem to be a concentration of life, a distillation like evaporated sea water where only the salt remains. And photography has become a means and a passport to get out into the world and to live life with more focus, intensity and passion. In a sense, what’s best about photography is that it has saved me. It’s saved me from myself and helped me to focus on others and on the grand mystery of life. And in doing so, photography has given me a new way to see and live.
What’s the thing that interests you most about photography?
The idea that the camera can help you dig more deeply, see more clearly and live life more fully.
What’s the thing that interests you most about your own photographs?
In my own photographs I am always struck by the autobiographical nature of them. In a sense, I can look at a photograph and remember who I was when I took it and how I changed because of it. And collectively, these photographs help me appreciate, remember and make sense of my own life story.
Read more of this Q&A with Chris here.
Find out more about Chris Orwig here.
Find Chris’ new book The Creative Fight here.
Read more Q&A’s with photographers here. 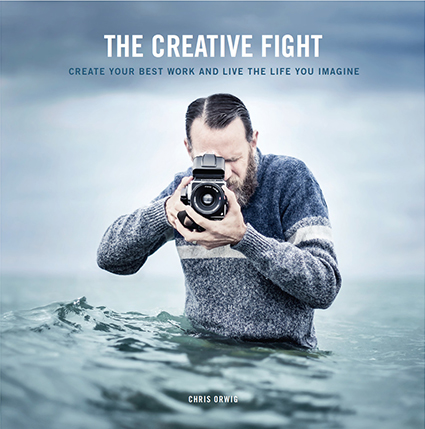 From the nineteenth century on, Maine and its scenic beauty has drawn some of the nation’s most prominent photographers to depict its many natural wonders, and its people, and to look beyond to the realm of the imagination. This exhibition, drawn  The Farnsworth Art Museum’s collection in Rockland, Maine, showcases past and present perspectives by photographers who have worked in Maine including Berenice Abbott, John Paul Caponigro, Paul Caponigro, Eliot Porter, Joyce Tenneson and many others.
Picturing Maine opens October 03, 2015  and closes March 27, 2016.
Plus, see more photographs in the exhibit Maine Collects through March 6, 2016.
Find out more here.

Play With Your iPhone To Improve Your DSLR Photography – Charles Adams

Every year, during my Acadia Maine Fall Foliage Workshop my assistant Charles Adams and I explore making photographs  with our iPhones.
Charles talks about his experience.
“Making images with an iPhone can be a terrific creative exercise. If you regularly shoot with a DSLR, the iPhone can simplify things and offer a new experience. I find this to be the case during every fall foliage workshop. I leave my Canon in the car along with all of the photographic requirements and responsibilities that I usually attach to it. It’s a freeing experience. Suddenly the pressure to make the best photographs of my life is no longer there. I’m free to play.
Being able to process your images seconds after shooting them is also key to the iPhone experience. The many apps available make it possible to shoot, edit, share, and get feedback before even getting back in the car. In my case, apps have a direct effect on which pictures I chose to make. If I know I’m going to apply water color and oil painting filters to my images, I try to shoot accordingly. I set out to find good compositions with strong “bones” or solid structures that can benefit from the addition of dramatic effects.
The resulting images are fun to create. Changing the tools you use to make your images can offer new insights into your own photography. I strongly recommend allowing yourself to play.”
Visit Charles’ website here.
Find out about my Acadia Maine Fall Foliage workshop here.

Enjoy this collection of quotes by photographer Lee Friedlander.
“The world makes up my pictures, not me.”
“ … photographs are so loaded with information. They’re remarkable. As I said, you get both the tree and the forest.” – Lee Friedlander
“It fascinates me that there is a variety of feeling about what I do. I’m not a premeditative photographer. I see a picture and I make it. If I had a chance, I’d be out shooting all the time. You don’t have to go looking for pictures. The material is generous. You go out and the pictures are staring at you.” – Lee Friedlander
“The idea that the snapshot would be thought of as a cult or movement is very tiresome to me and, I’m sure, confusing to others. It’s a swell word I’ve always liked. It probably came about because it describes a basic fact of photography. In a snap, or small portion of time, all that the camera can consume in breadth and bite and light is rendered in astonishing detail: all the leaves on a tree, as well as the tree itself and all its surroundings.” – Lee Friedlander
“I only wanted Uncle Vern standing by his new car (a Hudson) on a clear day. I got him and the car. I also got a bit of Aunt Mary’s laundry and Beau Jack, the dog, peeing on a fence, and a row of potted tuberous begonias on the porch and seventy-eight trees and a million pebbles in the driveway and more. It’s a generous medium, photography.” – Lee Friedlander
“I suspect it is for one’s self-interest that one looks at one’s surroundings and one’s self. This search is personally born and is indeed my reason and motive for making photographs. The camera is not merely a reflecting pool and the photographs are not exactly the mirror, mirror on the wall that speaks with a twisted tongue. Witness is borne and puzzles come together at the photographic moment which is very simple and complete. The mind-finger presses the release on the silly machine and it stops time and holds what its jaws can encompass and what the light will stain.” – Lee Friedlander
“I take more to the subject than to my ideas about it. I am not interested in any idea I have had, the subject is so demanding and so important.” – Lee Friedlander
“Sometimes just the facts of the matter make it interesting.” – Lee Friedlander
“When you take a picture you haven’t a clue that it is going to be what it is. Maybe you have a clue but you don’t really know. There are too many possibilities. Part of the game is how many balls you can juggle. It is to me. When you are 12 you can juggle two. Maybe when you are 50 you can juggle five. That is an interesting concept to me: how much I can put in and still make it pull together?” – Lee Friedlander
“If one really knew what one was doing, why do it? It seems to me if you had the answer why ask the question? The thing is there are so many questions.” – Lee Friedlander
“Anything that looks like an idea is probably just something that has accumulated, like dust. It looks like I have ideas because I do books that are all on the same subject. That is just because the pictures have piled up on that subject. Finally I realize that I am really interested in it. The pictures make me realize that I am interested in something.” – Lee Friedlander
“Photographs also show the way that the camera sees. It’s not just me or you or anybody else. The camera does something that is different from our own setting.” – Lee Friedlander
“… a mysterious intersection of chance and attention that goes well beyond the existential surrealism of the ‘decisive moment’.” – Lee Friedlander
“With a camera like that [a Leica 35mm rangefinder] you don’t believe you’re in the masterpiece business. It’s enough to be able to peck at the world.” – Lee Friedlander
“I always wanted to be a photographer. I was fascinated with the materials. But I never dreamed I would be having this much fun. I imagined something much less elusive, much more mundane.” – Lee Friedlander
Read more in The Essential Collection Of Quotes By Photographers.
Read my conversation with Lee Friedlander.