Ansel Adams impressed me as a boy. What impressed me was the total package: his images (He helped codify a movement and a genre.); his technical mastery (He refined and disseminated the zone system.); his educational efforts through books (They are still in print today.) and workshops (He set up his own program and invited others to teach with him.); his environmental advocacy both locally (It’s hard to think of Yosemite without thinking of Ansel Adams.) and nationally (He had a strong relationship with the Sierra Club and many other environmental organizations.); his strong networks of friends in wide-ranging fields (They included the painter Georgia O’Keefe and the activist David Brower.). What’s more, all of these elements worked in concert with one another creating a marvelous synergy where each enriched the other. At the end of his life, he wasn’t the wealthiest man alive, but he was rich beyond measure in so many other ways and he left us knowing he had made major contributions. Perhaps more than any other photographer he influenced both his medium and his culture and he did so by empowering others.
Ansel Adams life and work challenge me to think about how to make my own life’s work more impactful and far-reaching.
Who are your influences and what do they mean to you?
Find out more about my influences here. 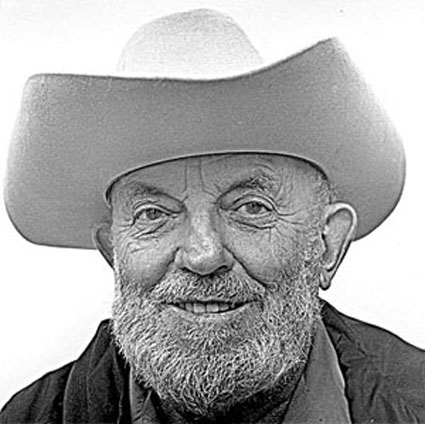 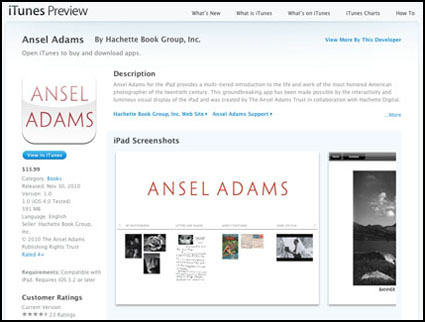 The world of ebooks is maturing rapidly.
Recently an iPad App entitled Ansel Adams was released. It contains …
– 40 images (which can be viewed either with or without commentary)
– 3 videos (one includes Adams playing piano)
– 1 interview (Playboy magazine)
– letters (with other luminaries like Steiglitz, O’Keefe, Weston, and others)
– postcards (send your own virtual postcard from the app)
– weblinks
– chronology and bibliography.
The content reveals a great deal about the artist’s art and life.
This ebook/app suggests many of the kinds of content and form factors that will inevitably reshape the very nature of the book, when it is delivered electronically.
Find the ebook/app here.
Learn more about Ansel Adams here.
Find 20 quotes by Ansel Adams below … END_OF_DOCUMENT_TOKEN_TO_BE_REPLACED

Few photographers, if any, were as influential to the development of the medium as Ansel Adams. Ansel Adams saw the digital revolution coming. Based on his writings, it’s certain he would have embraced many of the changes. But which ones? What would his working methods be like? What would it be like if he were still with us? Always interesting questions to consider.