In the 1930s, a small group of California photographers challenged the painterly, soft-focus Pictorialist style of the day. They argued that photography could only advance as an art if its practitioners exploited characteristics inherent to the camera’s mechanical nature. This small association of innovators created Group f/64, named after the camera aperture which produces great depth of field and sharp focus. The exhibition revisits this debate and includes images by photographers in Group f/64 such as Ansel Adams, Edward Weston, Imogen Cunningham, Sonya Noskowiak, and Willard Van Dyke, as well as images by such Pictorialists such as Anne Brigman, William Dassonville, Johan Hagemeyer, William Mortensen, and Karl Struss. With 90 works by 16 artists, Debating Modern Photography offers a feast for the eyes while illustrating both sides of a high-stakes debate. Outstanding examples of the clean edges and bold forms of Group f/64 stand in sharp contrast to the romantic, hand-crafted Pictorialist work that includes ­elegant portraits, tonalist landscapes, and allegorical studies.
The exhibit is open (Mon-Fri 9-7) through Dec 5.
Learn more at Maine’s Portland Museum of Art.

In 2000, CMCA mounted the most comprehensive exhibition of Maine photography ever: Photographing Maine: 1840-2000. The project was presented in two parts: photography from 1950-2000 in August and September and earlier historical work from the 1840s to 1950 in mid-October to mid-December.
During the past decade, the activity among Maine photographers has grown exponentially. In this digital age there are more and more people seriously committed to fine art photography using both new and traditional darkroom techniques. The goal of the invitational exhibition Photographing Maine: Ten Years Later is to pay homage to the two exhibitions in 2000 by showing a sampling of works by 150 Maine photographers created between 2000 and 2009. Each photographer is exhibiting a single work in the invitational exhibition. In addition, four images from each of the 150 photographers are part of an online exhibition (see below), which is also available to view on computer at the exhibition.
The exhibit in Rockport, Maine runs from October 02 – December 05, 2010.

Kronos Quartet played this last night during their concert in Portland, Maine.

Kronos Quartet is know for showcasing cutting edge contemporary classical music and for genre-bending performances complete with prerecorded sound and light shows rarely (if ever) found in classical performances. They bring a new life and vigor to the both the the form and the medium.
Find out more about Kronos Quartet here.

ALLUSIONS OF REALITY
“Allusions of Reality’ is clearly a seminal moment in my personal process. I have always been attracted to craft and a multitude of technical abilities, and, at the same time have always felt that I had the sensibility of an innocent. These were difficult to balance with my painting and photography and I struggled, like most do.  ‘Allusions’ for me is the meeting of form and substance, and, for the first time, I am able to express myself both as a photographer and a painter, with no line of demarcation in between.
UNFOLDMENT
To those who have come to realize that life’s journey is really about the discovery of who we are, as well as the exquisite expression of our true nature, I have the pleasure of sharing, through these images an inexpressible sense of unfolding oneness and wholeness represented through nature’s wisdom and beauty in the orchid.??As the observer engages (connects with) the photograph, through a seeing eye and a sensitive heart, a sense of inward reflection allows an opening to the depths of self as is well exemplified in the gentle exposure of a tender flower in a free exhibition of itself.??Unfolding from within and displayed in their magnificent array, the images warmly entreat a careful consideration of the flowering of human consciousness and invite an understanding of the magnificent dance of life between Creator and Creation.
Learn more about the Exhibit here.
Learn more about Barbara Ventura here.
Learn more about Harry Sandler here.

David Bismark demos a new system for voting that contains a simple, verifiable way to prevent fraud and miscounting – while keeping each person’s vote secret.
If you’re a United States citizen – Vote Today!

OnOne software recently announced major updates and additions to their product line.
DSLR Camera Remote HD
OnOne’s popular remote release app now includes the ability to start and stop video on Canon and Nikon DSLR cameras from the iPad.  Specifically designed for the iPad, the new DSLR Camera Remote HD will include a redesigned interface takes full advantage of the larger screen on the iPad, improved gesture-based preview functionality and the addition of starting, stopping and monitoring video from supported HD DSLR cameras from Canon and Nikon.  This update will also include support for additional cameras.
Perfect Photo Suite 5.5
Perfect Photo Suite 5.5, the update to Plug-In Suite 5, includes the next generation of Genuine Fractals, Perfect Resize 7 along with the completely new product Perfect Layers.  In addition, many of the products within Perfect Photo Suite will now be available directly in Lightroom and Aperture, without the need for a separate host application.  PhotoTools 2.6 and Mask Pro 4.1 continue to function directly within Photoshop and do not run as stand-alone applications.

Perfect Resize
Perfect Resize 7 is the next generation of Genuine Fractals.  Perfect Resize adds new features for achieving sharp detail when enlarging images, new gallery wrap and tiling options, and interface enhancements for photographers who want to make the highest quality prints. Perfect Resize can now be used directly from within Adobe Photoshop Lightroom and Apple Aperture without the need for a separate host application.
Perfect Layers
Perfect Layers, is a new addition to the Perfect Photo Suite 5.5.  Perfect Layers gives photographers the ability to easily create and work with layered files in their workflow application of choice and to bring those files directly into Photoshop. Perfect Layers supports the creation of layered files that can be opened and edited by Adobe Photoshop software and can be used directly from within Adobe Photoshop Lightroom software, Adobe Bridge and Apple Aperture.
Find out more about onOne products here.

The Power of Cartoons – Patrick Chappatte

In a series of witty punchlines, Patrick Chappatte makes a poignant case for the power of the humble cartoon. His projects in Lebanon, West Africa and Gaza show how, in the right hands, the pencil can illuminate serious issues and bring the most unlikely people together. 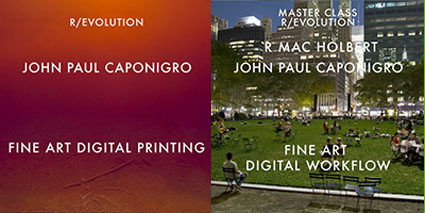